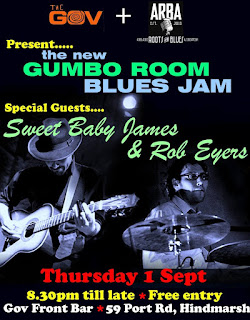 Nikko & Snooks @ the Gilby from 7pm

Friday September 2
Shades of Blue at the Port Noarlunga RSL from 8.00pm 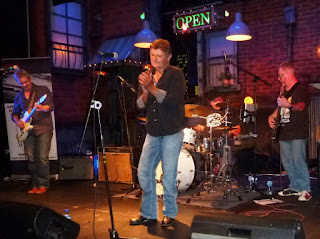 Zkye Blue @  The Semaphore Workers
Doors open at 8 pm till midnight and $10.00 will get you through!
93 Esplanade Semaphore


The Keith Hall Blues Band will be playing in the Heritage bar @ the Three Brothers Arms Macclesfield, Free From 8.30pm

Hall of Famers at the Trinity Sessions on Sept 2nd this time with folk legend Trev Warner joining Dave Blight and Chris Finnen and The AMC Combo...
Tickets and more info...
https://www.facebook.com/Trinity-Sessions-2578078708…/events
https://www.dramatix.com.au/events/1648 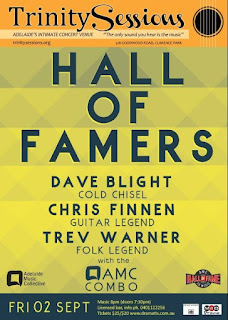 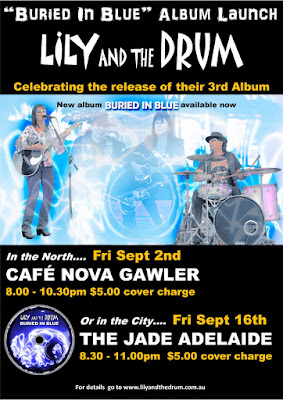 The Detonators are heading to the Dirty Devil Customs Rockabilly Bar Joining them will be local rockers Salvy and the Hired Help.
The Dirty Devil Kustoms Rockabilly Bar, (as seen on Channel 7's Weather Report recently), is one cool venue to hang in!
8 PM - 12.00 Pre-sale tickets at $15 or $18 at the door.
Contact Whiteline on (08) 8281 2444 or Bambalam on 0413306923 to organise your pre-sale tix!
1 Belfree Dr, Green Fields SA 5107, Australia

Rockabilly band The Satellites are returning to The Semaphore Workers 93 Esplanade Semaphore Guaranteed to have the dance floor hopping and make your Sunday afternoon special. Doors open 4 till 8 pm and it's $10.00 to get in

"ITS A REVIVAL"
The Rhythm Aces Wheatsheaf hotel on Sunday 4th September from 4pm -8pm.
$10 at the door. Band line up is: Jesse, Mario Marino, Dennis Kipridis 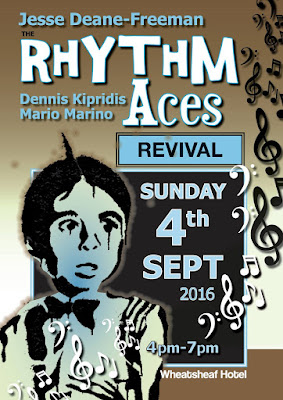 Jesse Deane-Freeman and the Rhythm Aces began in the late 1980s at Mt Barker High School and started gigging professionally in the mid 1990s. From then until 2000 they performed six nights a week at Johnno's Blues Bar in Cairns and at times up to 14 gigs a week.
They supported blues greats such as Johnny Johnson, Teddy Morgan, Michael Hill's Blues Mob, Little Charlie and the Nightcats, Kirk Fletcher, Phil Emmanuel, Russel Morris, Magic Slim and the Teardrops and many more.
From 1996 to 2004 they released three albums and toured the east and south coasts before retiring around 2003. Jesse has played in numerous bands during and since the Rhythm Aces but they continue to be the most requested and talked about line up.
I am so pleased to announce that they have decided to revive the band.


The Customlines @ The Port Noarlunga RSL 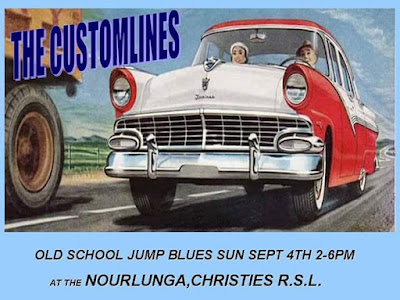 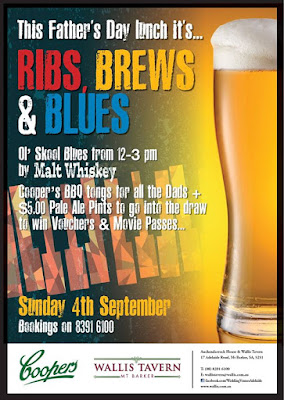 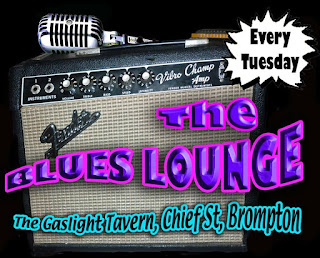