Wednesday March 2
Sav will be playing some of my favourite acoustic blues at the Deli (54a George st. Thebarton) come down and enjoy the relaxed atmosphere and fine food-7-10pm

*The Gumbo Room continues its Fringe Special with Mick Kidd and Dave Blight in accoustic mode the Gov. front bar from 8.00pm 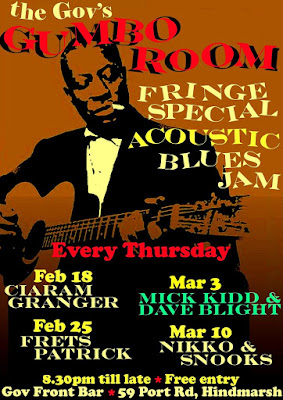 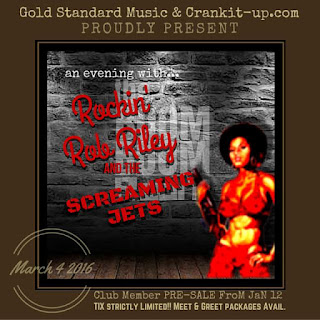 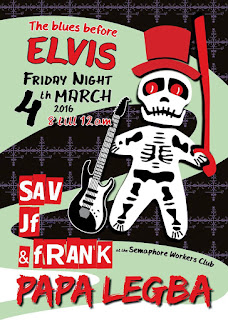 *Blue Eyes Cry are back at The Semaphore Workers Club! Doors 4-8pm, $10 Entry. Get down for a Blues/Funk Fiesta! 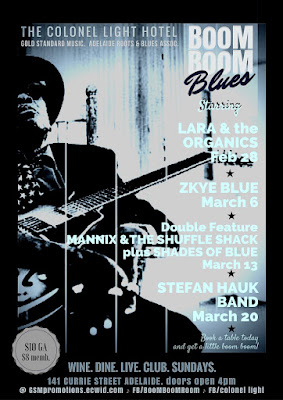 *Dogapalooza 2016! What a line-up! Chris Finnen, Robyn Chalklen and Chris Parkinson(The Yearlings), Kelly Menny, Nigel Wearne and The Wisps! Boom!
Another stellar lineup this year! A huge thank you to all the super generous and talented musicians who have donated their performance to Dogapalooza 2016. And many thanks once again to our incredible graphic designer from PencilNeck Productions for the amazing poster! Tickets available now via Fringetix 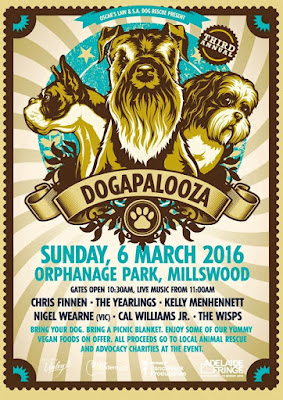 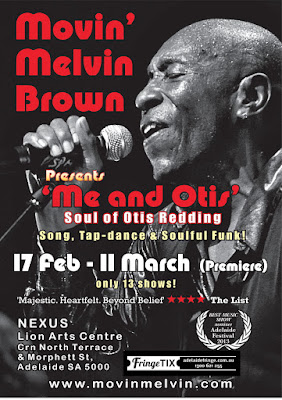 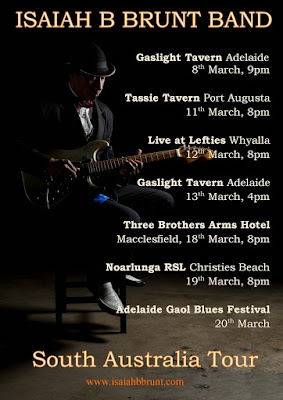 Naturally, there will be Gumbo and rice on hand and Nikko and Snooks will be playing from 8.30 followed by the weekly blues jam! 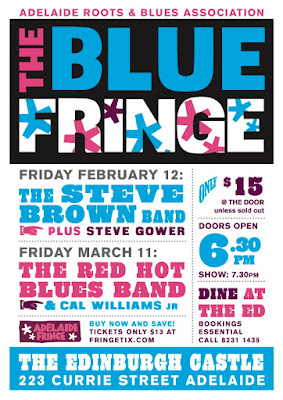 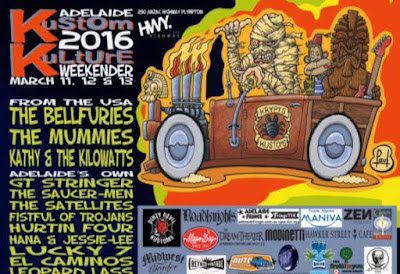 What a fantastic line up this year!!
THREE international acts plus a whole swagger of amazing local performers too.
The Satellites are playin on SAT night with the Bellfuries plus Fistful of Trojans.
Looking forward to a fantastic weekend of music and mayhem!!
See you there - March 11 - 12 13.

Get your details and Tickets here: Fringe Tix 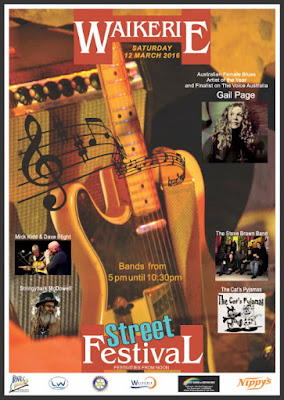 *The WAIKERIE STREET FESTIVAL on Saturday 12th March, is a free community event run by Waikerie Rotary and the Council. There will be International Food Stalls, Local Wines and Beer. The event is in McCoy Street which will be closed from 12noon. There are 2 stages, the main stage will start at 5pm with the Cats Pyjamas then Dave Blight and Mick Kidd, The Steve Brown Band and headline act Gail Page. The 2nd stage will have local Riverland talent performing from early afternoon. There will also be Buskers, street clowns etc. great day for the whole family!