The Gumbo room Re-launch
Host Band *The Associates
from 8.30pm

Get the full story here 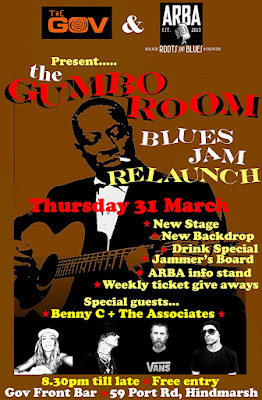 *Shuffle Shack back @ The Gilbert Hotel from 7pm with Jason Mannix Jack and Mick.

*Cal Williams Jr. will be performing a solo set at the Exeter in Rundle St from 9pm

Package deal – your choice of any of our main courses from our Diner along with a specially made dessert with admission, only $30, or pay just $8 on the door. Wine, dine, dance…start the weekend with a bang!! - See more at: http://www.gaslighttavern.com.au/…/ev…/friday-blues-club-6/…
8:30 PM - 12 AM 36 Chief St Brompton, SA

*The first AMC Session for 2016 will take place on Friday 1 April at Goodwood Institute and will be hosted by John ‘Pemba’ Pemberton and will feature a special guest appearance from Eric Bogle alongside Courtney Robb and Goldstein with Peter Head of Headband, Peter Thornton and Robyn Archer being inducted to the SA Music Hall Of Fame

Saturday April 2
The Chairmen @ The Pepper tree from 6pm 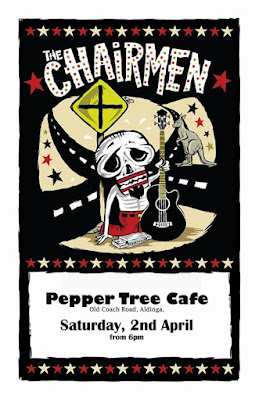 *Zkye Blue Sunday at The Boom Boom Room (up stairs in the Colonel Light). 4pm start. 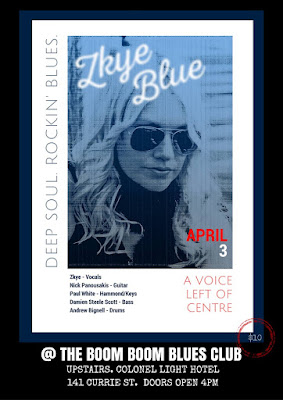 *The Playing for Change Foundation Event  at The Wheatsheaf Hotel 4:00 pm 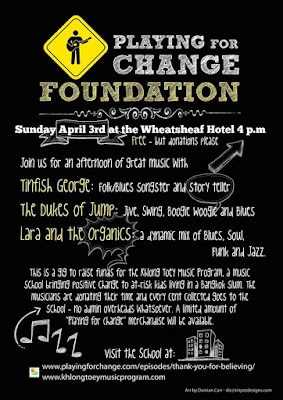 *Miss Quincy She's played the club once before and you loved her. She returns for the second time to wow your senses and set your toes a- tapping'.
The Semaphore Workers Club, The Esplanade Semaphore
Doors open 4 pm till 8 pm. $10.00 entry 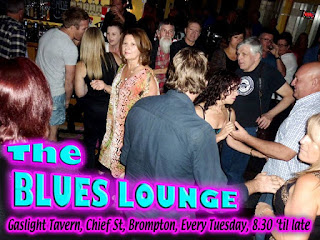 Come down and enjoy the relaxed atmosphere,great food while I play some of my favourite Blues.

*The Customlines 8.30 pm. Then kick off  jam with  Billy Bob. The Gumbo Room has had a revamp and its cool! free entry, $10 Gumbo Stew.

*Club Boogaloo
8.00pm - Midnight @ Finn MacCools Norwood
DJ Paul Davy will kick off the night @ 8pm, then Lady Voodoo and the Rituals will be doing their thing.
Once again Finn Macools will be offering some great specials
$10 T-Bones with Chips and Salad before 9
Guiness $7.50 Imperial Pints
COORS BEER ON TAP
Schooners $4
Pints $6
Imperial Pints $7

*The Streamliners make their return to the Semaphore Workers Club stage!
$10.00 entry, doors open 8 till midnight

‘Ragas, Jugs & Mojo Hands’ features collaboration from Gwyn Ashton and Chris Finnen, two of the finest musicians to come out of South Australia and both inductees of the South Australian Rock and Roll Hall Of Fame. Friends for 35 years, the two kindred-spirit musicians join together for the first time on record. 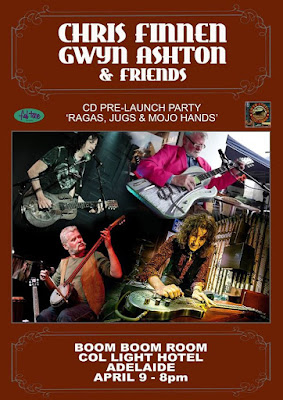 After 30 years The BlueBeat Allstars (aka Strange Tenants) have reunited and are heading to Adelaide! The Fistful of Trojans are chuffed to have put this great event together for all you SKA lovers out there.
A night of Ska & Reggae just like the old days. The BlueBeat Allstars 30 years on and still playing strong and Fistful of Trojans Just $25 a ticket and you can pre-book via the venue on 08 82582848

*Laura and the Organics @ The Semaphore Workers Club 4-8pm 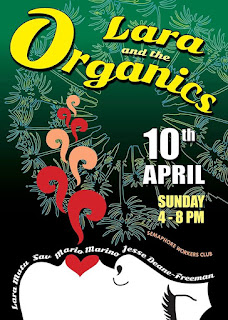 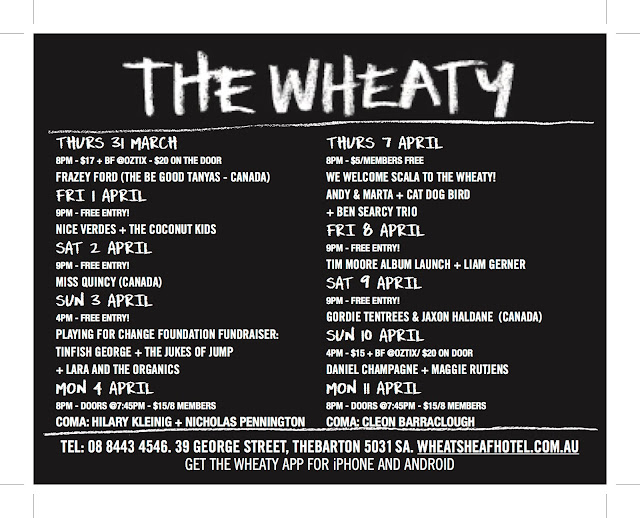