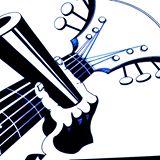 *The Gumbo Room Blues Jam @The Gov every Thursday from 8.30pm
featuring this week Stefan Hauk!

*Zkye Blue @ Semaphore workers doors open at 8:00pm
Band hits the stage around 9:20pm
$8 gets you through the door


*Louis King playing here in Adelaide at the Gaslight Tavern with The Jamjets and burlesque artist Leopard Lass. Louis’s songs Have been covered by Artists, Including New Orleans favourite son Rockin’ Doopsie Junior and The Flattrackers ,and even Doug Mulray! They have also been incuded in the soundtrack of a Hollywood movie and ‘Underbelly'. Catch Louis at The Gassy for $10 and make a night of it by getting dinner at Rosie's Cracklin' Diner while you are there!

*The Creedence Revival The Rock Story of John Fogerty & CCR

*It’s Blues night at the exeter! With the folk/blues of AP D'Antonio and Blues/Rock sound of Ollie English and Rat Ta'Mango

*The Red Earth Blues Band Playing the Exchange this Saturday night, it's our last show at this great venue for this year. From 9pm

The festival that is all fun, music, cars and good times while raising awareness and money for Foundation Shine; a charity helping those with mental health issues to once again shine in our communities!
This year's event has another star studded lineup of great local and interstate acts!

From Victoria come the Detonators and from NSW The Flattrackers and Pat Capocci Combo to play an abundance of great tunes and from South Australia The Satellites, Lincolns, Saucermen and Fistful of Trojans to do the same!

Adelaide's renowned and trusty DJ Jesse and MC Chris Soulidis keep the show moving along smoothly in between the bands too.
As always there are great places to buy the stuff your hearts desires and of course great food to eat all night!
Also prizes for best cars and Sugar Skull entries!
Doors open at 5pm until late for a great night of celebration!
Tickets at $30 and available from Whiteline Transport on 8281 2444 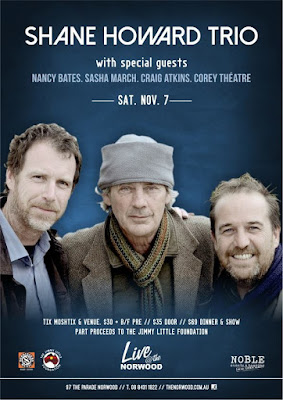 *The Shane Howard Trio performs Norwood Live
Hear tracks from Shane's latest release 'Deeper South' along with classics from his extensive back catalogue.
Local favourites Craig Atkins Music, Nancy Bates, Corey Theatre Music and Sasha March will be supporting with part proceeds to The Jimmy Little Foundation
Tickets now on sale from Moshtix and the Venue including Dinner & Show options.

*Steve Gower is back at the Howard Vinevard Bald Hills Rd Nairne.1-4. Come and enjoy. 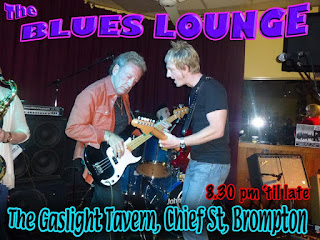 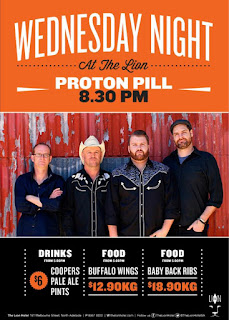 *Thirty Two Twenty will be performing a tasty set of originals & covers in the gumbo room @ the Governor Hindmarsh on  from 8:30pm followed by a host of blues jammers including some of the best players in town. Free Entry Folks ;) 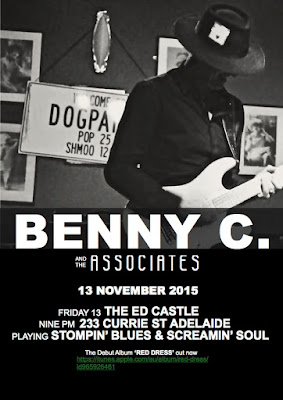 *AMC SESSIONS 12 at The Goodwood Institute.....Our final show for the year...
What a line-up....Performing and being inducted into the SA Music Hall of Fame....Alt Country guitar great Bill Chambers (Kasey Chambers)....David Moyse from Air Supply (and Hillsong).
The amazing Bearded Gypsy Band and Maggie Rutjens in support .
...and world renowned guitar luthier ...our very own Brian DeGruchy also gets inducted into the SA Music Hall of Fame.
another great night in store.
www.trybooking.com/157914

*The Sons of MOD play the Rawest Hardest Dirtiest original Maximum RnB you will have ever heard.
Raw Hard Dirty Maximum RnB
pre release album launch for Adelaide at the Producers Bar on Nov 13th.
Pink Noise Generator
All for $10! get the first chance anywhere to buy our debut album too, pre release! 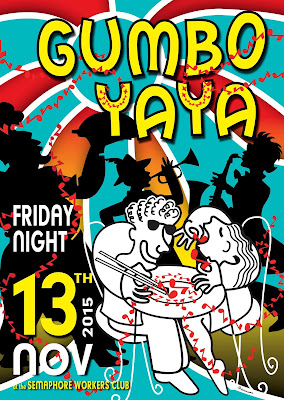 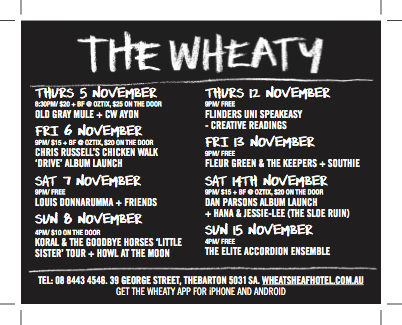