Thursday May 19
The Associates @ The Gumbo Room Blues Jam 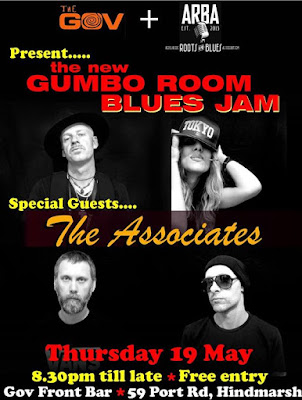 Nikko and Snooks @ the Gilbert Street Hotel from 7 pm 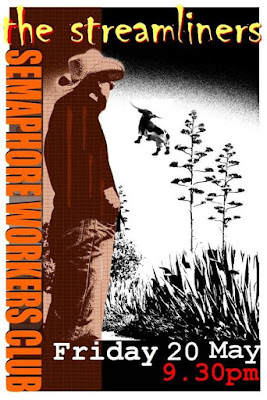 The Wheatsheaf Hotel presents Soul Blues featuring Lazy Eye with The Associates. Having played together at festivals around Australia, the two award winning South Australian acts combine for the first time at home for one special night of soul drenched blues. 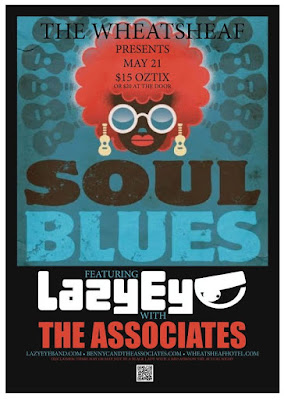 The Customlines along with Pumpin' Piano Cats dishing out some Harp blasting Jump Blues and Piano smashing Boogie Rock'n'Roll
at the Semaphore Hotel 8.30pm ...FREE


Hoy Hoy will be bidding us farewell. The final gig for one of our most beloved bands. This will be a big one, we'd love to see you @ The Semaphore Workers 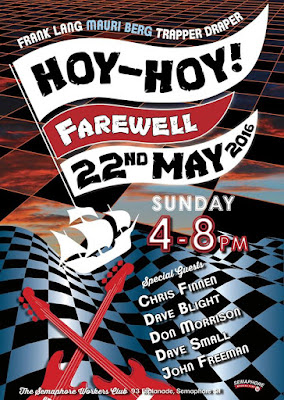 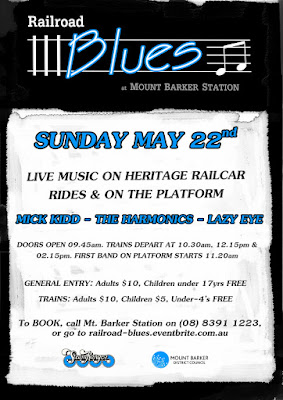 Featuring live blues music performed by award winning artists Mick Kidd, Lazy Eye, and The Harmonics, with music both on the plaftform and on the train.

At 10.30am, Mick Kidd will kick the day off right, rocking his own brand of slidin' stompin' acoustic blues on board a heritage 'Redhen' railcar bound for Philcox Hill. If you're keen to catch Mick but don't fancy the early time slot, additional trains will depart at 12:15pm and 2:15 pm.

Back at the station, the funky, swinging rhythms of The Harmonics will transport you from the platform to the streets and juke joints of America's Deep South, in two sets starting at 11:20am and 12:15pm respectively.

Multi-award winning local trio Lazy Eye will round out the day with 90 minutes of soul-drenched blues from 1.25pm; think B.B. King sharing a scotch with Booker T at the crossroads after midnight.

The fantastic team from Tacocat will be selling delicious tacos all day, and the SteamRanger canteen will have espresso coffee, home-style cakes and other light refreshments.

BOOKINGS are recommended; call or visit Mount Barker Station between 9am and 3pm Tues-Fri to book, or go to  Eventbrite

Gumbo Ya Ya! This is a BIG band with a BIG sound, complete with horn section, bringing New Orleans to Semaphore! Doors open 8 till midnight, $10.00 entry
The Semaphore Workers 93 Esplanade Semaphore 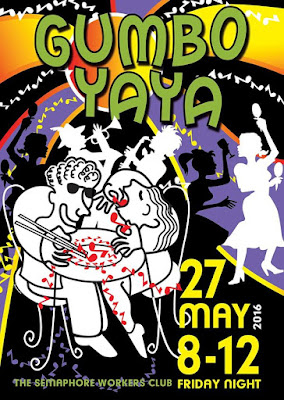 Malt Whiskey at the the Mt Pleasant hotel/motel.  New owners 1st year birthday as well so should be a great night! 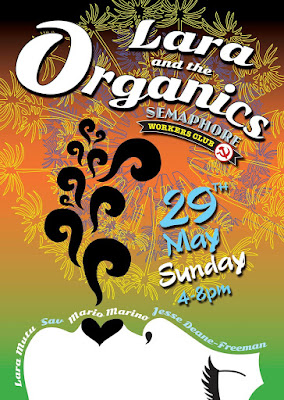 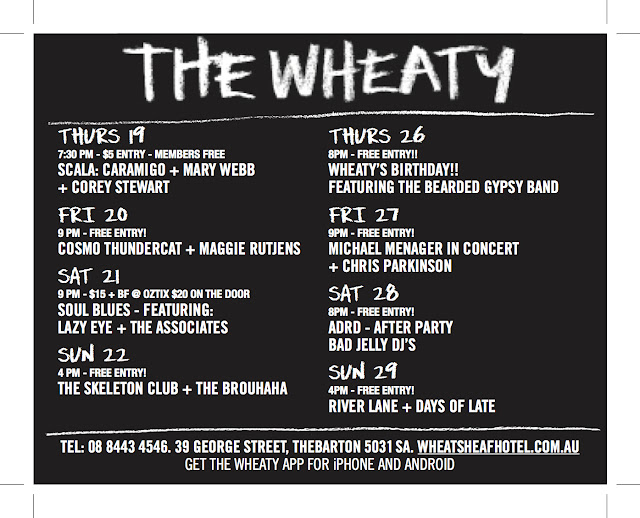